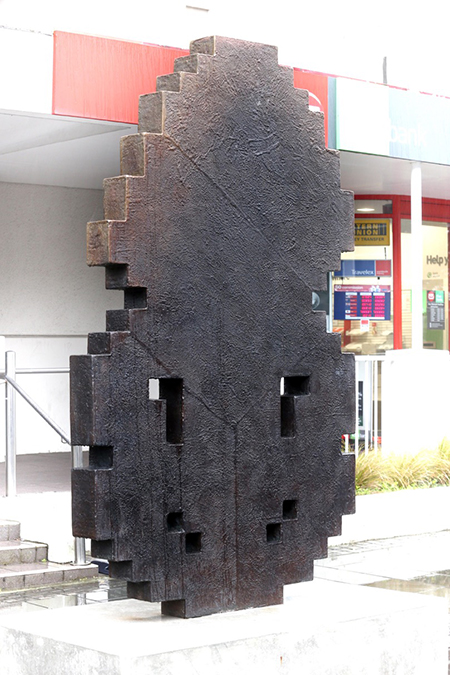 This traditional tiki with a modern twist was installed on Currie St in December 2015. The work is by Bay of Plenty sculptor, Kereama Taepa, whose design was selected for the commission from expressions of interest by nine celebrated New Zealand artists.

The 2.5 metre tall bronze sculpture is a customary Maori tiki that has been pixelated, making it less recognisable and therefore open to interpretation.

Some may see Tichi in the traditional cultural context as a symbol of fertility providing notions of genealogy and continuance while others may look to the pixilation of Tichi and its relationship to current technologies and the way we now live our lives through computers.

Taepa has a Masters degree in Maori Visual Arts, and teaches at Waiariki Institute of Technology, Rotorua. He has exhibited widely throughout New Zealand and has won a number of awards including the 2008 Molly Morpeth Canaday open art award.

The sculpture cost $80,000, which was offset by money raised from sale of the maquettes of sculpture proposals by three finalists selected, one being a maquette of Tichi.