The financial statements for the year ended 31 March 2016 have been prepared and submitted
to BDO Spicers of New Plymouth for a compilation report. 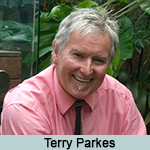 As at 31st March 2016 the Trust held funds of $247,757 at the TSB Bank, of which $150,000 has been committed to the Len Lye Foundation to assist with installation and construction of Lye’s Wind Wavers at East End Reserve. The Trust has met for 10 monthly meetings. The major project for the year was the organisation of a national promotion calling for expressions of interest from artists to submit proposals for a public sculpture for New Plymouth.

There were submissions from 9 established NZ artists, with the proposal by Bay of Plenty artist, Kereama Taepa , being selected as recipient of the $80,000 commission offered by the Trust. His 2.5 metre bronze ‘Tichi’ was installed outside New Plymouth Post Office in December 2015. Maquettes submitted by the three artists selected as finalists are to be sold by the Trust to help raise funds for further artworks.

The Trust also funded work to install a World War 2 German naval mine on the coastal walkway near Belt Rd in New Plymouth. The seamine washed ashore near there in 1943, and had since been looked by several organisations, including the New Plymouth RSA.

Taranaki sculptor and collage artist, Dale Copeland, designed the installation which she named “Reflect Collateral Damage”. It was installed in December 2015. Negotiations have continued with the Len Lye Foundation regarding the installation of Lye’s Wind Wavers at East End Reserve, and it is projected installation of these will be completed in November 2016.